A new frontier in renewable energy

Nestled in the town of Combrée in western France, a highly specialised biowaste-to-energy recovery centre is transforming organic waste into energy and fertiliser products.

Nestled in the town of Combrée in western France, a highly specialised biowaste-to-energy recovery centre is transforming organic waste into energy and fertiliser products. The technology is set to become a significant player in the circular economy, and is on its way to Australia.

Opened in 2012 by the Chazé Environnement group, the site includes a deconditioning unit that feeds a one megawatt-capacity methanation facility generating green electricity. A composting unit produces organic soil conditioners for the Angers region’s farmers and market and commercial gardeners, and an on-site depackaging facility prepares packaged goods for processing.

SUEZ acquired a majority stake in Méta Bio Energies in September 2015 as part of its global commitment to green energy research and development. It is the fourth methanisation unit to be operated by SUEZ in France and to benefit from the company’s expertise in biological and energy recovery from waste. The facility is supported by a substantial program of research into the methanogenic potential of diverse organic resources and innovative processes to more effectively harness them. 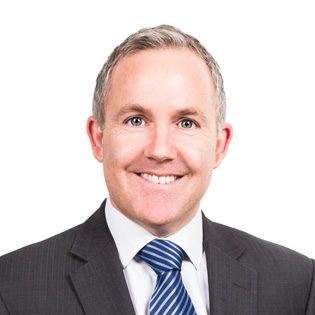 SUEZ has a five-year plan to increase its capacity to produce energy with the biogas from waste by 30 per cent, and the technology and processes refined at the Méta Bio Energies Plant will be an important contributor to this.

The anaerobic digestion plant can process a wide range of different biomasses. With annual capacity for up to 25,000 tonnes of packaged waste from supermarkets, liquid industrial waste and solid cereals waste, it produced 8,5 GWh in 2016 – enough to power more than 2000 households. Electricity is distributed through the local mains network while the residual heat generated is sold to the nearby Solairgies plant, which specialises in the drying of industrial and urban sludge.

The green electricity and heat produced by the facility offers a carbon dioxide emissions saving of approximately 1400 tonnes per annum.

Around 35,000 tonnes of green waste, poultry droppings and food industry solid waste is processed each year through the on-site composting plant. Solid digestate that represents only 1 000 tons per year is co-composted with green waste and marginally contributes to a global quality standardised compost and organic fertiliser marketed tonnage that reached 21,000 tons in 2016, replacing fossil fuel-intensive inorganic fertilisers. Digestate liquid fraction that represented more than 18,000 m3 in 2016 is land spread on agricultural parcels of more than 30 local farmers.

Gowans said SUEZ is working hard to bring the expertise and operational knowledge of managing such facilities, as well as the technology and processes refined at Méta Bio Energies to Australian shores in the near future.

“We are keen to integrate this biowaste-from-energy expertise into existing facilities locally and enable our customers to reap the rewards,” he said. “There is huge potential for cost benefit – not only for energy producers and consumers, but also for the environment.”